We spent the morning researching at the Galicia Museum and it was super interesting! We took notes and read some fascinating books. After a lovely lunch of  tasty tomato soup and a salmon salad we prepared for the afternoon's interviews. 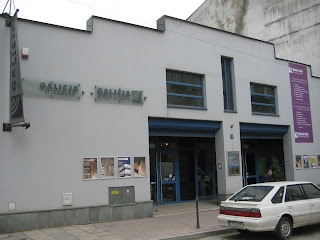 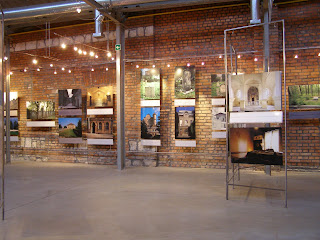 We have never interviewed before so it was actually quite daunting but we think we did ok. Our first interview was with Jakub, the director of the Galicia Museum who talked about the future of Holocaust education especially as the number of survivors are decreasing all the time, we also chatted about how we get people to relate to the Holocaust. He asked if they could use our documentary as an educational tool once it's done, we said sure (although he is kinda jumping the gun, they might not want it once they've seen it!).


We then interviewed, Miroslawa who along with her mother and sister saved Mira, a young Jewish girl from the Krakow ghetto. They hid her during the war, helped arranged forged papers to say she was catholic and protected her from the Nazis. Mira now lives in Israel with her family and they have remained close friends. Amazingly almost all of Mira's entire family survived war (her mother was gassed at Belzec), her brother survived by jumping out of a moving cattle car on the way to Belzec, with his mother. He was then saved by Oscar Schindler. It is amazing that these stories happened to real people. Miroslawa's families courage was quite remarkable, and she explained their decision to help by stating that they simply made a choice to save Mira's life. 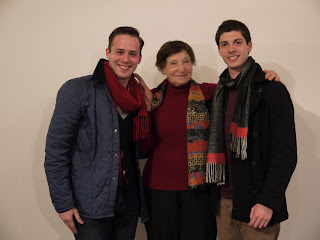 Their are certain specific criteria to being named as a Righteous Among the Nations by Yad Vashem, Holocaust centre in Israel. You need to have saved Jewish people during the war and you must not have profitted from the war. This made Oscar Schindler really controversial as he did make money from using Jewish prisoners in his factory. Miroslawa, her mother and sister were awarded this medal in 1989.
Their courage is inspirational and it's such a joy to focus on the positive messages of the Holocaust for a change!
Posted by From Yesterday, For Tomorrow. at 12:31