Today was our first day out in Lodz and our first real day of filming and it was very interesting to say the least. We navigated our way from our hostel to the former Jewish ghetto, where 230,000 people were forced into a derelict area of the city before being walled in, in disgusting conditions. 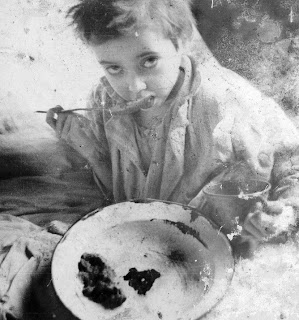 The Lodz ghetto, created in 1940, is famous for two reasons. It was the last ghetto out of 1000 across Europe to be shut down and also because of Mordechai Chaim Rumkowski,  head of the Judenrat (Jewish council in charge of the ghetto).  Amazingly, he ensured the entire ghetto population was put to work to benefit the German war effort, meaning the ghetto stayed working until 1944 before its inhabitants were sent to the gas chambers in Chelmno and Auschwitz.


In 1942 the Nazis charged Rumkowski with a monstrous task; he was asked to hand over, for deportation, all children under ten years old and all older people over sixty five. Unlike his counterparts in other ghetto's Rumkowski agreed to this and made an infamous speech asking the parents of the ghetto to hand over their children. We filmed at the site of that speech today and it was heartbreaking. We imagined the shock and fear of the parents, the terror of the children and also the sadness of Rumkowski.  It really highlighted to us the human cost of prejudice and we couldn't help but think of what humanity lost by the murder of these children. 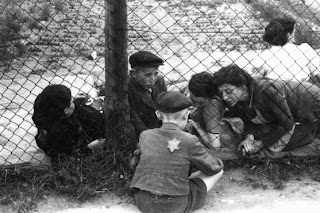 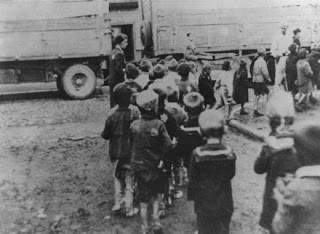 Next we visited the site of the former Gyspsy camp, where 5,000 people of Romani descent were imprisoned. In 1944 they were gassed at Chelmno. We felt it was especially important to film and discuss the story of the Romani people. For us, the numbers are irrelevant, the fact that one person was killed makes this a tragedy and we feel that every person who was murdered by the Nazis should be remembered regardless of their ethnicity, sexuality or political allegiances.

We then came to the most shocking site of the day at Radegast Station. It's a small station, with nothing extraordinary about it, other than the fact that from there 145,000 people were taken to their deaths at Chelmno and Auschwitz. We stood in a genuine cattle cart which had transported terrified men, women and children to the gas chambers and we couldn't even begin to feel their suffering. It is so hard to comprehend what these people went through. The Holocaust did not happen to nations it happened to families and to innocent people. We think of the Holocaust as something 'special' and unique, and of course in some ways it is but in other ways it is not. It is just another expression (albeit an extreme one) of prejudice. And if for no other reason other than in the memory of those deported from Radegast Station, we need to wipe prejudice out. 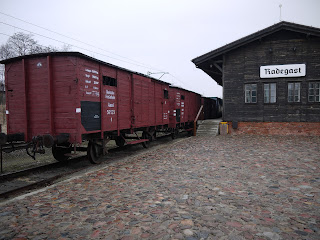 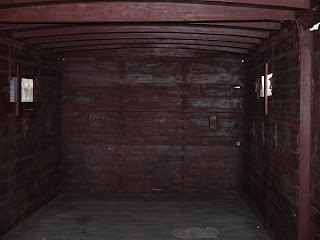 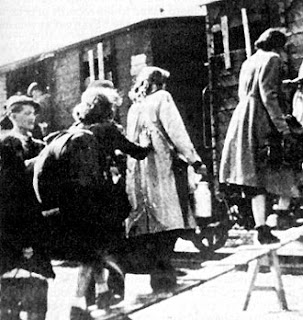 xx
Posted by From Yesterday, For Tomorrow. at 09:36