Dzien dobry!
Our room at the Krokodyle is very good, although the showers were ice cold and these loud, loud girls stood outside our door this morning talking very loudly (so loud we thought they were in bed with us) in a language we didn't understand (and therefore that makes us angry). VERY annoying!
Today we are filming at the site of the Warsaw ghetto, the largest ghetto in existence during World War Two. It was a prison for over 400,000 people, most of whom were murdered in the Treblinka death camp, which we are visiting on Friday. 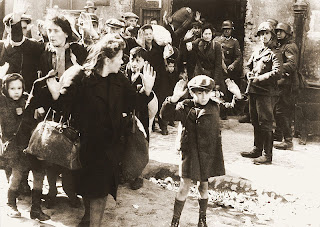 The conditions inside the ghetto were dire; on average people were allowed only 184 calories a day, equivalent to a couple of bananas a day. This was the only sustenance the ghetto victims had whilst fighting disease epidemics due to the lack of sanitation and the severe over crowding. It's no wonder so many people died on the streets.
From January 18th to April 23rd 1943 the prisoners inside the ghetto staged the largest and most successful rebellion against the Nazis. Although the Nazis were successful in the end, it is completely amazing that starved, weak people with little access to real weapons managed to hold off the best army in the world for three months. This really shows the strength of the human spirit. 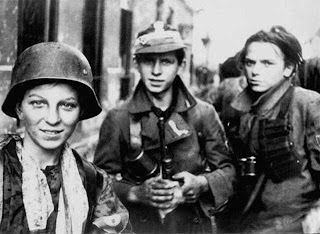 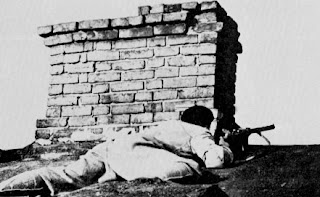 We shall report on our findings later on.
xx
Posted by From Yesterday, For Tomorrow. at 02:44