So, today was extremely tiring and emotional. 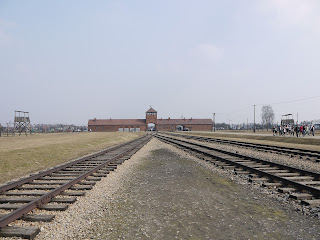 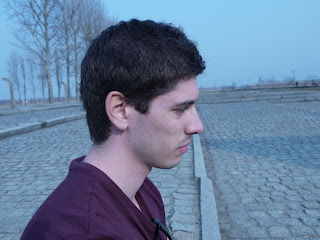 We drove to Auschwitz-Birkenau (the death camp part of the Auschwitz complex) this morning and we spent the entire day filming there. We interviewed different people who were touring the site, asking them how they felt. Those people, just like us, were totally overwhelmed and devastated. We met a woman from California called Annie who couldn't contain her emotions during our interview. It really shows the Holocaust is a human, not a solely Jewish tragedy. We also spoke with a group of young Christians who are part of a group called Ywam (Youth with a mission), people like us who are trying to make a difference. They prayed for us which was quite special. 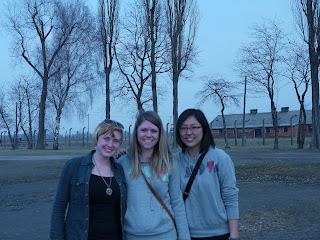 Despite the fact that we have been to Birkenau a total of ten times between us, it does not get any easier. It is so enormous and every means possible was taken to trap the victims with no means of escape. It feels like a small city and we can't imagine the horror people would have felt arriving there. To stand in the exact spot where families were ripped apart, where people endured complete humiliation and mental torture before being gassed to death, where men and women were turned into units is a harrowing experience. 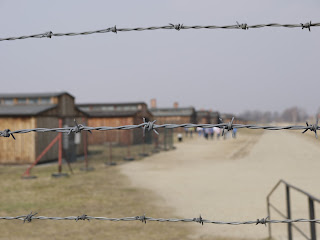 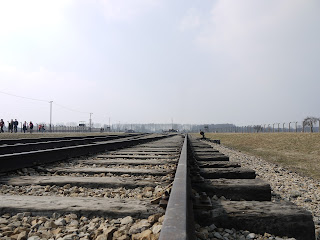 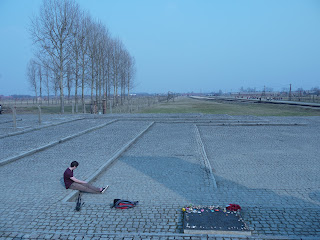 We cried when telling the story of David, a boy whose mother realised that to stand with the women during the selection would result in his death. Due to the confusion and the hysteria, her only thought was to get him to stand in the men's line. She told him to get away from her, shooing him to the other line, of course David didn't understand his mother's actions, so the last words he spoke to his mother were 'mother why do you hate me?'. 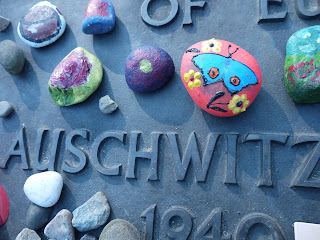 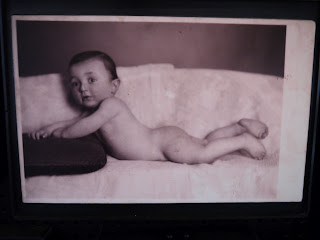 We felt overwhelming sadness for those who were so cruelly murdered and also for those who survived. How could these people continue to live (and we mean live, not exist) in this place? What horrendous trauma do these people and their families still endure today? 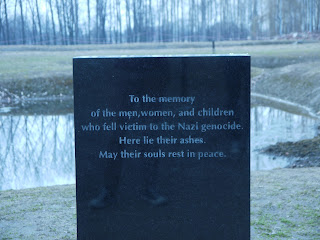 Despite all this, we actually felt extreme pride in the human spirit and what it is capable of. It is remarkable that anyone survived the Holocaust, but survive they did. We must take pride in that and take admire the resilience of humanity. We also felt pride in what we are doing (trying not to sound arrogant), we are trying to make sure that the Holocaust never happens again and the people learn from the mistakes of history and that we can move forward towards a better tomorrow. 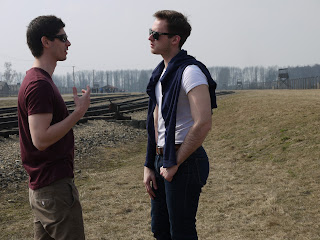 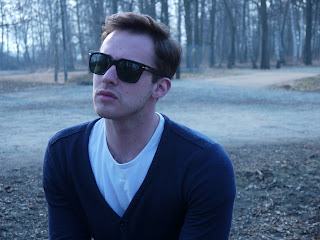 Despite the overwhelming devastation and the tears we did feel proud today.


'In those times, one climbed to the
summit of humanity by simply
remaining human.' - Elie Wiesel

Posted by From Yesterday, For Tomorrow. at 14:39