We have arrived in Odessa, YAY!


The total journey was fourteen hours long and was probably the worst that we have made. At first the bust from Bucharest was extremely hot, then it got extremely cold. All the while terrible Romanian music played way too loudly to get any sufficient number of winks. We arrived at the Moldovian border at 3:30am and they took our passports away and in our sleepy haze we had no idea what was going on, then much to our delight, our passports were given back but with Moldovian stamps!


We arrived in Kishinev (the capital of Moldova) at 5:30am and we were met by a strange man yelling 'taxi, taxi' at us, before we had a chance to say anything he took our bags and put them in the back of his car. We were too tired to protest and we just hoped that he was taking us to the other bus station and not an alley. He drove us to the Gare du Nord (please do not mistake this for the Gare du Nord in Paris, it was NOTHING like the Gare du Nord in Paris) and we very quickly realised that our transport for the next part of the journey was an old, rickety minibus. Have you ever been in a plane with turbulence? It isn't very nice is it? Well, that is what our journey from Kishinev to Odessa was like, for FIVE hours.

We arrived at the Ukrainian border and our little minibus community had to bribe people to let us through. We really had no idea what was going on. We arrived in Odessa after more turbulence but no more bribery and it seems to be quite a cool city. Although, we aren't sure if you know anything about the Cyrillic alphabet? It is the alphabet used in Russia and Ukraine (amongst other places) and it is VERY confusing.

Here are our names in Cyrillic:


The streets of Odessa are wide and the architecture is very attractive. We are currently in our 'hotel', it is a teeny tiny room and you can sit on the toilet and wash your hands at the same time. The shower is also suspect. 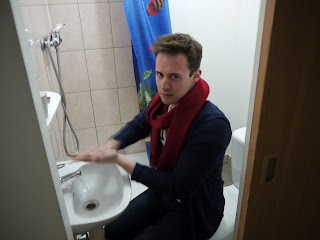 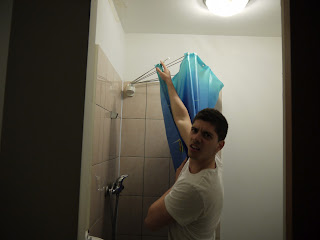 We are going to chill for a bit before going to meet with Jenny Spektor the assistant at the Jewish Community Centre Migdal in Odessa (which we will explain more about later) and also Alina Feoktistova-Malishevsky the assistant at the Tikva orphanage in Odessa which we are visiting. We are really excited to see the community in Odessa and to explore its history a bit more, which as always, we will share with you guys.
Posted by From Yesterday, For Tomorrow. at 02:58