We spent our first full day in Odessa gallivanting about town. We walked, what we think, was the length and breadth of Odessa. It is a cool, cosmopolitan city with wide streets, attractive buildings and also attractive people.

At 10am (after a completely unsatisfactory night sleep) we met Pawel the director of the Odessa Holocaust Museum and Victor, a survivor of the Odessa Ghetto, they gave us a private tour of the museum. The museum itself was very small and intimate, but that didn't stop us feeling the huge scale of the Holocaust here. It seems the organisation and efficiency of the death camps in Poland was lacking here, we heard stories of 25,000 people being burned alive and thousands of people being shot into ditches. We were shown a simple piece of rope and when we asked why it was significant we were stunned by the story. The rope was used to hang a seventeen year old girl in 1942, her boyfriend was so in love with her that at night he cut a piece of the rope so could keep it. He continued to love her, never marrying. He kept that piece of rope for over fifty years before donating it to the museum. The pain of losing someone you love that much is just unbearable.


After the tour, Victor treated us home made whisky (which was extremely strong) and we showed him our blog (again, shamelessly self promoting!). They invited us back to have a screening of our documentary once it's completed! 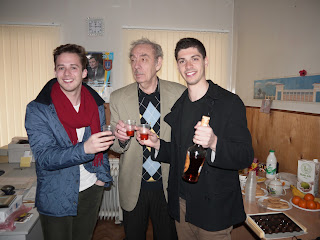 We then visited Max and Sophia, an elderly couple that Jenny put us in touch with. Max fought for the Soviets during the war and he told us about his experiences. He is blind and partially deaf but we still managed to communicate which was really special. They asked if we were married and were surprised when we said no, clearly people in Odessa get married very young! 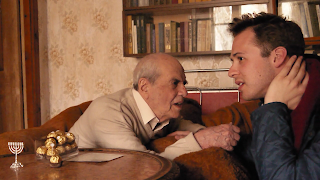 Amazingly we managed to navigate our way back to our 'hotel' and we decided to stop by our local church to have a wee look! Local church really is slightly underselling it, it was magnificent and is something that we have seen throughout our travels. The local areas may be exceedingly poor or not well maintained (in the case of Odessa) but the churches are stunning. It is odd to us that so much money is devoted to the church and its buildings and isn't directed into the population. We saw a young guy cross himself as he walked by and that just blew us away, seeing a young person devoted to their religion in that way is so interesting for us. 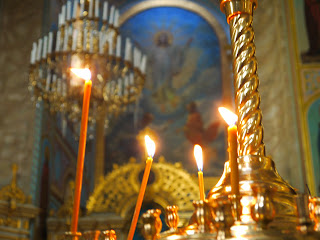 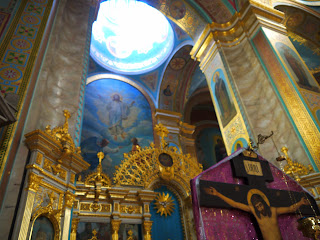 We are now back at the 'hotel' chilling before we go out tonight. We are going to a super religious seder night (special meal and prayers to celebrate passover). It will be an interesting experience especially as neither of us are religious. We shall report on our experience tomorrow.
Posted by From Yesterday, For Tomorrow. at 07:44