Bucharest is very big. Today was very hot. And we got very lost.

However, being the intrepid explorers that we are, we successfully navigated our way to the Great Synagogue (although, with no help from the population of Bucharest we might add). We were lucky enough to be granted an interview with Livui Beris, the President of the Association of the Jews in Romania Victims of the Holocaust. Mr Beris was thirteen years old when, along with his family and fifteen hundred Jewish people from the region of Northern Bucovina, he was deported to the concentration camp of Moghilev in Transnistria. Mr Baris was not deported by train, he was forced to walk for four or five days in the blistering heat with no food or water. When they came across a well he witnessed a man fetch water for his child. Just before he gave the water to his child, one of the guards shot the man. As his wife screamed 'why, why, why?' the guard responded that 'he wanted to see what a Jew looked like when he died'. All Mr. Beris could say regarding this incident was how shocked he was at the depths that humanity can plummet to. He said that men have the capacity for evil and although the Holocaust shocked him, we have to know what humans are capable of in order to learn from it. We were shocked and saddened by Mr. Beris' story, we still cannot understand the cruelty that humanity can force on others. 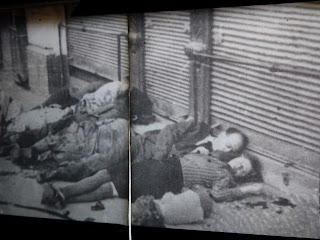 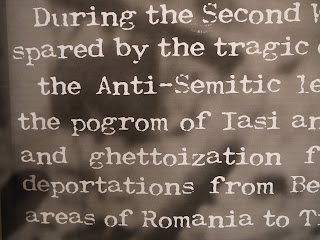 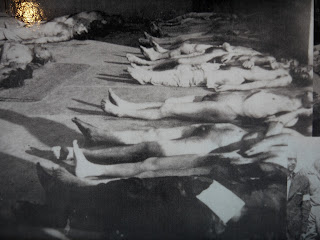 The Romanian story of the Holocaust, as we mentioned earlier, is particularly shocking because we know so little about it. We think of the Holocaust as gas chambers and ghettos in Poland but it was a continent wide mission to wipe particular groups of people from the earth. Mr. Beris was extremely lucky, he himself was caught stealing bread from a farm when he was a prisoner in the Moghilev concentration camp in the region of Transnistria. He was caught by guards who discussed, in front of Mr. Beris, whether or not they should shoot him. Can you imagine the fear that a thirteen year old would have experienced?

After meeting with the incredible Mr. Beris we toured the Great Synagogue and the United Holy Temple Synagogue, both were staggeringly beautiful. We then by total chance, met the Simon family from Israel who are touring Romania researching their ancestors and we practised our hebrew by giving them a tour to the Great Synaggoue. We ended up having lunch with them, it was really lovely and suprisingly fun, especially after our moving meeting with Mr. Beris. 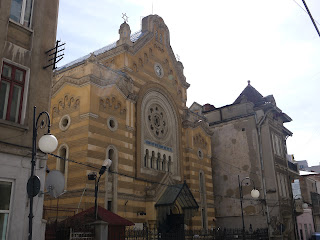 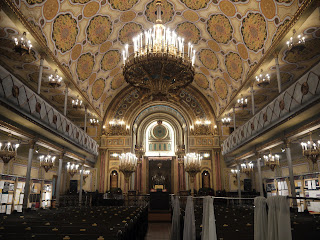 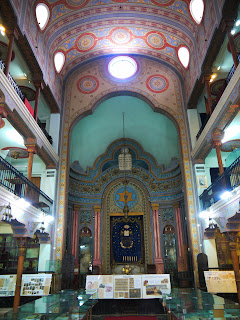 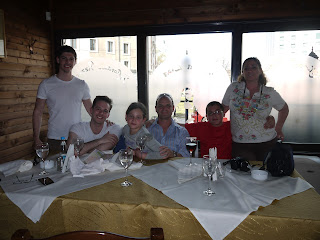 Us and Simon family
After lunch we took a lovely stroll around Bucharest but we were pretty shocked to see several swasticas spray painted. Not cool, Bucharest, not cool. 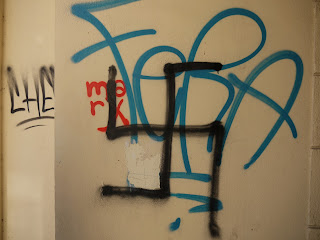 Posted by From Yesterday, For Tomorrow. at 11:08