Today is the first day of Pesach (Passover) and we are enjoying a totally kosher for Passover packet of skittles, but we couldn't help but wonder, religion, have you stopped us tasting the rainbow?

Every single religion preaches some variation of  'love thy neighbour as thy love thyself', but yet some religious people seems to eminate pure hatred towards certain groups in society, be it gay people for the simple crime of loving people of the same sex or Jewish people for the simple crime of allegedly killing the Messiah. Of course, (and let's get this out of the way now before people arrive at our door with pitchforks) organised religion is not inherently evil, in fact we think it has many amazing qualities, however do we strongly object to it being twisted and distorted in the name of hatred. Yes, Westboro Baptsist Church, you crazy sign lovers, we are talking to you. 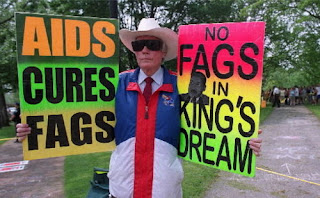 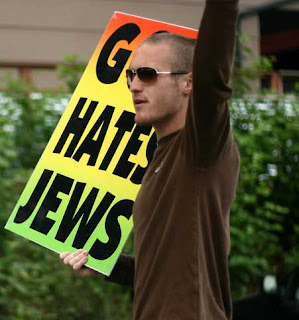 It seems to us that religion at its heart should be all about love; loving neighbours and loving yourself. We can use it to help teach young children morals and we can use it to form amazingly close communities, so religion the question is, why you so mean sometimes?
Despite the possibilities of a religous love-in, it is so often not like that, in fact you could call it a religious hate-in, so much of organised religion seems to be about us and them, it seems to be about dividing ourselves up into special, exclusive groups that may appear to be cold and unwelcoming to others. Now, of course there are reasons for religious communities being formed (sticking together during times of oppression is one) but that should not equate to hating those different to you.

When a religious group uses the 'word of God' pick another group to hate and oppress then we have a problem. We have a problem when God is used to justify bigotry and cruelty. The questions is why can't we all just get a long and bake a cake made out of rainbows and smiles and we can all eat it and be happy? What happens when you are continuously told that particular groups in society don't deserve love? They are dehumanised. Of course people are going to think that Gay people are less than if their relationships are second class by law. Of course people are going to think that Jewish people don't deserve the same rights as everyone else if it is enshrined by law. In Michigan recently a law was passed protecting the rights of the bully, over the rights of the bullied. Bullying in Michigan is totally acceptable if said bullying is based on religious grounds. Sorry Michigan, but that is insane. What Michigan is basically saying is that it is ok to bully children if your bigtory is based in the bible. Well, we are saying that is absolutely not ok. It is never ok to dehumanise, it is never ok to bully and it is never ok to deprive people of love.
http://www.youtube.com/watch?v=zDK-ja8PLgg
If every single religion and every single person on this planet (wishful thinking we know, but as we keep saying, you gotta have faith) stopped, took a step back and really considered what it must be like to be a member of a persecuted/oppressed group then perhaps we would all make a change. Religion should always (not sometimes) be a force for good in the world, making people's lives better and making the world a better place. After all, all anyone wants is to feel accepted and to feel love. So, religion let's love thy-everyone, not just thyself.
Posted by From Yesterday, For Tomorrow. at 03:42