An issue we would like to discuss is the use of the word 'imagine' in Holocaust education.

From many Holocaust educators' points of view, asking people to imagine themselves in the Holocaust is considered bad practise. While in certain contexts we would agree, we do not believe that the word (or technique) should be disregarded entirely.

For example, in our documentary focusing on the Holocaust, at one moment we ask our viewers to imagine their friends and families being taken to a concentration camp, before being herded into a gas chamber. We have discussed the use of this educational technique amongst ourselves and educators outside of FYFT, and have come to the conclusion that such usage is appropriate considering the empathetic aims of our organisation.

The Holocaust is an enormous, difficult subject to educate people about. It is so vast that many people can find it difficult to relate to. Our belief is that, in the right context, it can be useful to ask people to imagine themselves in the position of those who played a part in the Holocaust. It allows them to further empathise with the victims of the Nazis and connect to them as people. Faced with the almost unimaginable statistics and numbers of victims, such a visionary tool can be the best way in which to understand the loss, heartache and pain of each individual. Few people, realistically, possess the capacity to imagine the deaths - and the real pain and emotions behind those deaths - of 6 million people in a tangible manner.

Encouraging empathetic feelings on a personal level can also help people today to relate to and understand the real pain and emotions that prejudice in our society can cause. Given FYFT's commitment towards helping people garner tolerance and empathy towards others, we simply believe that asking people to 'imagine' in certain circumstances in crucial to developing their emotional intelligence.

However, it is important to note that asking people to imagine themselves as either victims or perpetrators can be misconstrued. There was a recent case of a teacher in New York asking his English class to imagine themselves as Nazis, and to write a letter of loyalty to the party explaining why 'Jews are evil'. The students were asked to draw from their own personal experiences and from a provided pack of Nazi propaganda. This exercise, although well meaning, caused huge offence. Though it's clear that this lesson was not properly carried out - requesting impressional students to invoke empathy with bigoted views must be carried out very carefully and can be a dangerous ask - obviously, due to the risk of increasing or even inciting hatred for that group.

Context, as with so many difficult issues, is the key in this situation, and we hope that we've made ours clearer.

What are you thoughts on the issue of 'imagine'? 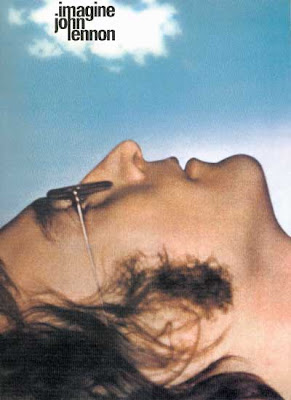 To imagine or not to imagine, that is the question.
Posted by From Yesterday, For Tomorrow. at 10:24