On June 30th, Russia (Россия) passed a bill into law banning the 'propaganda of nontraditional sexual relations to minors'. This law essentially means that it is illegal to publicly discuss homosexuality. It has led to gay men and women being openly harassed, attacked and in some cases tortured with little or no intervention from the police. Gay pride has been banned and homosexuality has been equated with pedophilia. The wording of President Putin's law has been left fairly vague. It means that we are unsure where 'Putin's war on Gay people' will lead. It is already being used to legally justify the hounding and oppression of gay men and women all over Russia. What makes matters in Russia, perhaps, even worse is that they are hosting the 2014 Winter Olympics. This is tantamount to the international community (regardless to other protestations) saying that Russia can do whatever it wants. Although we don't always agree with prejudices being compared to the Holocaust, it is worth noting that Nazi Germany, despite strong protestations and multiple boycotts (by Spain, the USSR & many individual athletes) kept their place as the host of the 1936 Summer Olympics in Berlin. In hindsight it's obviously unacceptable the Nazis were allowed this honour; not just because of how they were persecuting Jewish people (and other minorities) at the time, but also due to the events that followed. 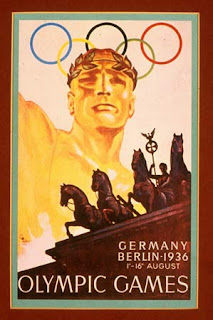 Now, we are not implying that the Russians are going to perpetrate a 'Holocaust', but if we look at how the story of prejudice works then surely it's understandable that without outside intervention the current situation will continue to worsen. Life for gay people in Russia has become steadily more dangerous and oppressed over the past few years; the current federal anti-gay law has been based on other, previously passed state laws implemented in individual Russian states. 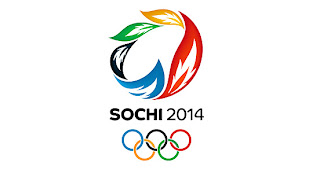 Unfortunately the situation in Russia is not necessarily that unique. There are 78 countries in the world where homosexuality is illegal. There are only 16 countries out of 190 that have legalised gay marriage. Gay people occupy a unique position in the world; there are few minorities who have been persecuted so much over such a vast period of time and over such a wide geographical spread. The situation in Russia is horrendous and we implore the International Olympic Committee to ban Russia from hosting the Winter Olympics. However, when focusing our attention on Russia we must not forget all the other countries (including our own, where over 40 schools 'stress in their sex-education guidelines that governors will not allow teachers to 'promote' homosexuality') where gay people experience daily prejudice. When directing our outrage at Russia we must remember that other countries are treating their gay citizens (and other minorities) the same way or in some cases, even worse. 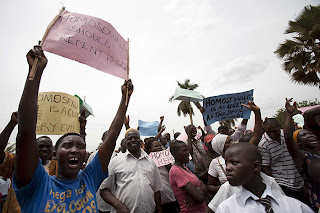 The difficult task that we as individual upstanders and as a societal whole face is trying to address both the situation at home and abroad. When the world stands by and lets prejudice exist, it creates a stain on humanity; almost as much as the perpetrators do themselves. We may not have personally witnessed the results of unchecked prejudice ourselves, but we all possess an awareness of the evils of it. We cannot let such evil purvey. Join us in using your voice and making a difference!

Posted by From Yesterday, For Tomorrow. at 01:41